You are here: Home / Archives for Cleveland State Vikings

Green Bay started slow out of the gates, missing 11 of their first 14 shots.  But the Phoenix converted on eight of  their next nine shots and took a two-point lead into the half at 36-34.

Charles Cooper came up big in the second half, scoring 14 of his 16 points in the final 20 minutes.  Warren Jones and Kerem Kanter added 15-points each. END_OF_DOCUMENT_TOKEN_TO_BE_REPLACED 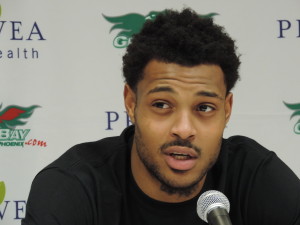