You are here: Home / Archives for Pro Bowl

Green Bay Packers defensive tackle Mike Daniels has been named to play in the Pro Bowl.  Daniels replaces Aaron Donald of the Los Angeles Rams, who can’t play because of injury.

This will be Daniels first Pro Bowl trip after being named an alternate in each of the last three seasons.

END_OF_DOCUMENT_TOKEN_TO_BE_REPLACED

It was the worst NFL Pro Bowl ever.  You remember, last January, when 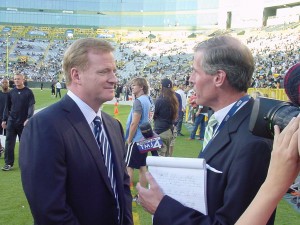 most of the players put out “zero” effort.  Players in the trenches were just leaning on each other instead of rushing and blocking.  It was the ugliest rendition of an all-star game that I had ever witnessed.

NFL commissioner Roger Goodell apparently felt the same way because he’s considering doing away with the game.  According to an ESPN.com report, Goodell is strongly considering suspending this year’s game and every Pro Bowl game beyond that.

Could there be better news for NFL fans? END_OF_DOCUMENT_TOKEN_TO_BE_REPLACED