You are here: Home / Archives for Tramon Williams Williams played for eight seasons in Green Bay and was a big part of their 2010 Super Bowl run.  He then signed with Cleveland in 2015, played for Arizona in 2017 and then returned to Green Bay for two more seasons. END_OF_DOCUMENT_TOKEN_TO_BE_REPLACED The Green Bay Packers opened training camp last week, but the first several days were devoted to coronavirus testing.  Rookies were in over the weekend and held their first walk through.  The teams veterans finally arrive today (Monday), the sixth day of training camp.

With veterans arriving, there’s another walk through scheduled for today, along with weight lifting and conditioning.  It’ll be two weeks before the team gets its first padded practice.

There’ll be no preseason games ahead of the September 13th opener at Minnesota, which means coach Matt LaFleur will have to get creative in the way he prepares his team.

LaFleur told reporters in a zoom call on Sunday that he anticipates more live-scrimmage scenarios, trying to replicate situations that players could encounter during games.  LaFleur said some of those scrimmage situations will come inside Lambeau Field.

The Packers will start with a splitsquad format, meaning rookies and injured players working in one group and veterans in another.  That scenario allows the Packers to have as many as 90 players in camp before having to cut down to 80 on August 16.  The Packers roster currently stands at 83 players, not including four that are on the COVID-19 list. END_OF_DOCUMENT_TOKEN_TO_BE_REPLACED

Cornerback Kevin King was on the sidelines for the Packers 1 hour, 18 minute workout on Sunday.  After END_OF_DOCUMENT_TOKEN_TO_BE_REPLACED

The Green Bay Packers dropped their sixth straight road game this season, falling to the Minnesota Vikings 24-17 at U.S. Bank Stadium on Sunday night.  The Packers (4-6-1) now need to win all five of their remaining games and get help to find a spot into the post season playoffs.

The Packers were quick to start again, jumping out to 7-0 and 14-7 leads, but like previous games, the Packers fell apart.  Nothing seemed to go right for the Packers the rest of the way.

The Green Bay defense couldn’t get a take/away, while Tramon Williams turned it over on a punt return which gave the ball back to the Vikings.  Minnesota wouldn’t score after going for it on fourth and short, but they did take more time off the clock. END_OF_DOCUMENT_TOKEN_TO_BE_REPLACED

Montgomery will be an unrestricted free agent at the end of this season.  His departure means the Packers no longer have a single player from that 2015 draft class on the active roster.  Linebacker Jake Ryan is the only member of that class still a part of the organization, but he’s on injured reserve. END_OF_DOCUMENT_TOKEN_TO_BE_REPLACED

Tramon Williams spent nine seasons with the Green Bay Packers before spending time in Cleveland and last year with the Arizona Cardinals.  Now, at the age of 35, the Packers are reportedly interested in the veteran again.

NFL Network analyst James Jones reported that the Packers have agreed to a two-year contract with Williams, who started 9 of 13 games with Arizona last season.  He finished with two interceptions, 41 tackles and 12 pass breakups.

Williams had a total of 32 interceptions during his first stretch with the Packers.

Packers to visit with Matthews

The Packers are scheduled to host former Buffalo and Philadelphia wide receiver Jordan Matthews on a free agent visit on Friday.

After a solid three seasons with the Eagles, Matthews was traded to Buffalo.  But he played in just 10 games with the Bills last season while dealing with injuries.  Matthews would eventually undergo knee and ankle surgeries in December, finishing the season with 25 receptions for 282 yards and a touchdown.

At 6’3, 212 lbs., Matthews would provide the Packers with another big target for quarterback Aaron Rodgers. 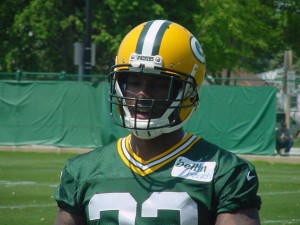 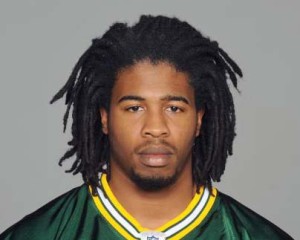 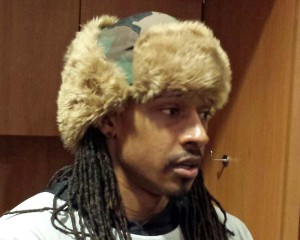 Over the past five seasons, Williams started 79 of a possible 80 games.  He tied a franchise record with three interceptions during the 2010 postseason that ended with the Packers winning their latest Super Bowl title. END_OF_DOCUMENT_TOKEN_TO_BE_REPLACED